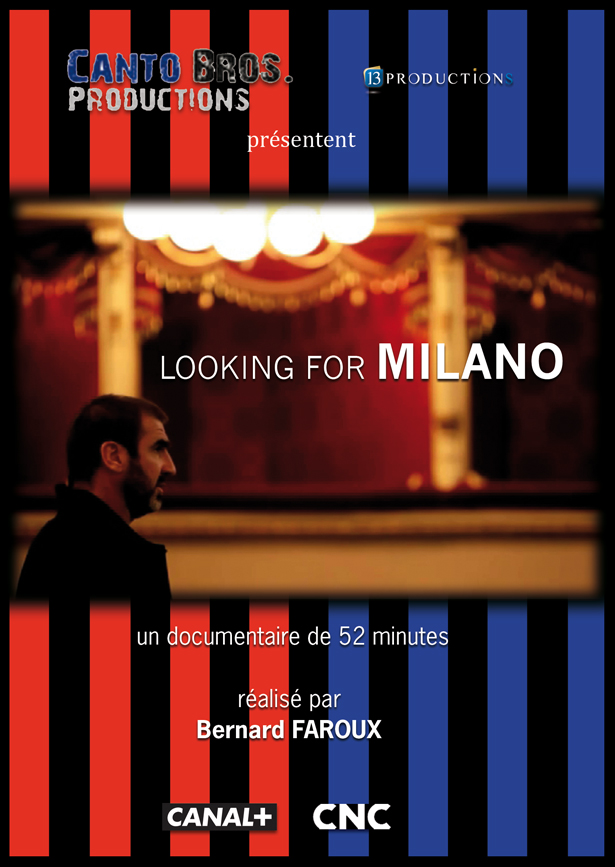 Synopsis
In Milan, the industrial and financial capital of Lombardy, two clubs have been fighting for more than a century. From their foundations, each has reflected a competing vision of Italy. Rossoneri against Nerazzurro: here, as in Manchester, people are born to support one side or the other. Predestined to become a fan of the black and blue of Inter or AC Milan’s red and black.
Today, the two clubs continue to oppose each other continuing their historical rivalry and clans of fans berate each other for not being a true « Italian », expressing two complementary faces of contemporary Italy. The sporting rivalry, which has stepped up a gear this season, creates a spectacle out each derby, played in the stadium they share: the legendary Giuseppe Meazza enclosure in the San Siro, where we Eric Cantona leads us.

Buy the DVD « Looking for Milano »

Extrait de Looking for Milano from 13 Productions on Vimeo.