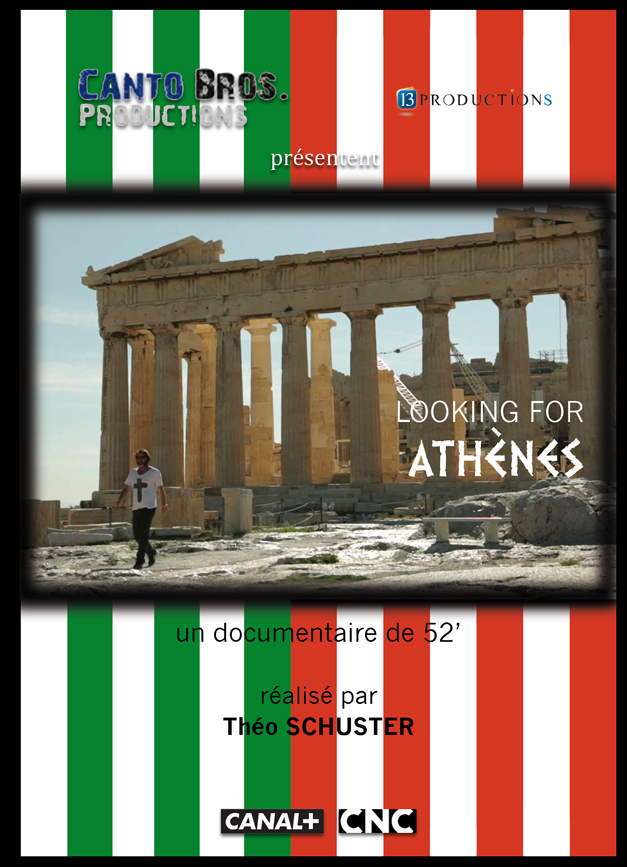 Synopsis
« The mother of all battles », « the derby of the eternal enemies » and now « civil war »…
In the streets of Athens, Eric Cantona goes to meet people affected by the recession, talk to them, listen to them. He goes to visit symbolic place in this crisis such as the garden in Syntagma Square where a 77 year-old man committed suicide because his retirement, devalued by unjust government decisions, no longer allowed him to live in dignity. There Cantona read the farewell letter of this man
Like a shadow in the streets of Athens, his tall figure will constantly remind us of the absurdity of the financial abuse that has shaken the Greeks out of their insouciance.
Regardless of what it is called, the match between Olympiacos and Panathinaikos Athens is the image of Greece …
Tragic, inflamed and now swept away by the whirlwind of a crisis which has rolled through the country since 2008.

Buy the DVD « Looking for Athens »

extrait looking for Athénes from 13 Productions on Vimeo.